Not long ago the Japanese National Labor Agency announced that it was going to start releasing the names of what are known here as "Black Companies."

Nope. (Despite the use of the word "black.")

Basically a "black company" is a company—it could be a mega corporation like Honda all the way down to a locally owned "mom-and-pop" business—that has been recognized and cited by the department of labor as a company in violation of labor laws. Specifically too many over-time hours regularly worked per week, 80+ is common.

When economists start comparing the stats provided by countries throughout the world, Japan is consistently at the top in the world for hours worked per week by the average worker across the board in all industry sectors.

Of course, in the USA we have what is known as the good ol' "Protestant work ethic" that has had a strong influence on our culture, but in Japan the "work ethic" is on steroids.  To be honest, it seems to be no more evident then in the factory that makes the futon that FutonBedsFromJapan.com sells.

That being said, as this is a small, family run factory and all the employees are family, none of this appears to be compulsory . . . it just seems to be the way they do things. What is at the heart of this?

A Visit to the Futon Factory Cotton Combing Room

Recently as I was creating the Welcome Video for the futon purchasing guide video series, I asked Master Ikeuchi if I could come by the factory to film some video footage of the cotton combing machinery in action so visitors to our site could clearly see one important reason why our futon are so different from others on the market. (I asked this with a bit of trepidation as I know how reclusive the master is . . . as is the whole family!)

Happily I was welcomed to visit with my camera . . . just as long as I left the staff out of it as none of them want to see themselves singled out in our video. (If you've lived or are living in Japan you'll know what I mean.)

As I stood there camera in hand in the cotton combing room where they turn raw cotton into the fluffy cotton-candy-esque batting they pack our futons with, I was struck by how labor-intensive the whole process was in spite of the clearly hundreds of thousands of dollars of machinery in the room.

I had already filmed the Making of a Futon video and had been able to watch in awe as the futon came together right before my eyes. At that time I was frankly shocked at how labor-intensive that process was . . . when they say "hand made" they mean Hand Made!   I have to admit that I also assumed that the process of creating the cotton they use in the futons was either done all by machines or more likely just out-sourced and they had containers of the cotton batting material shipped in from a "cotton processing factory." I couldn't be more wrong.

Once again, as I stood there watching raw cotton being transformed into "cotton candy" by a machine, I begin to realize that at least half the process actually wasn't automated. And not only is it labor-intensive, but it is also time-intensive.  It was at this point that I begin to get very clear why most of the so-called "futon" manufacturers that make futon for Western markets simply stuff their futons with raw cotton. It is all about the "numbers." If these manufacturers tried to to do what our manufacturer does, they wouldn't be able to dump cheap "futon" out into the market as they do.

Like so many things in life, you certainly get what you pay for.  You really have to ask yourself, if a bad futon disrupts your sleep and damages your back . . . how much money are you actually saving?

The Lifelong Drive for Excellence

Anyway, I have to say that when it comes to making futon, Master Ikeuchi and his crew clearly 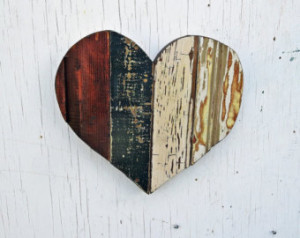 don't do it the way they do based on making "the numbers" work. Here in Japan if you dedicate your life to becoming a true master at something—whether it be a futon maker, a tatami mat maker, a sushi chef, or a corporate CEO, you don't do it a that level for the money. The long hours they work and the attention to every detail as they daily perfect their craft is all about excellence. Here there is a recognized honor in excellence that no money can buy.

In the beginning I was just a "happy customer."  However, as I begin to have the opportunity to go in and watch how my futon had been created from the first cut and stitch I began to understand that the futon bed I was sleeping on wasn't just a commodity to be bought and sold, but for Master Ikeuchi and his family, their passion to make every futon that goes through their factory the absolute best possible futon that can be created in that moment. This quest of mastery gives their life a powerful purpose that a focus on simply "making money" never could.

Experience the Hidden Benefits of Master Ikeuchi's Quest for Perfection

In our modern Western culture that has in so many ways spread throughout the East—and Japan is no exception, there is often such a overwhelming push for profits driven by automation and "efficiency."  Unfortunately the result of that desperate treadmill sprint for profits is the loss of not only the clearly recognized quality and excellence, but also a more nuanced soulfulness.

Within every futon we sell . . . along with all the laboriously combed top-quality cotton, you also find it packed with the heart, soul, love and passion of a true Japanese craftsman and his family.

Click here to check out our buying guide and experience our futons from the inside out.